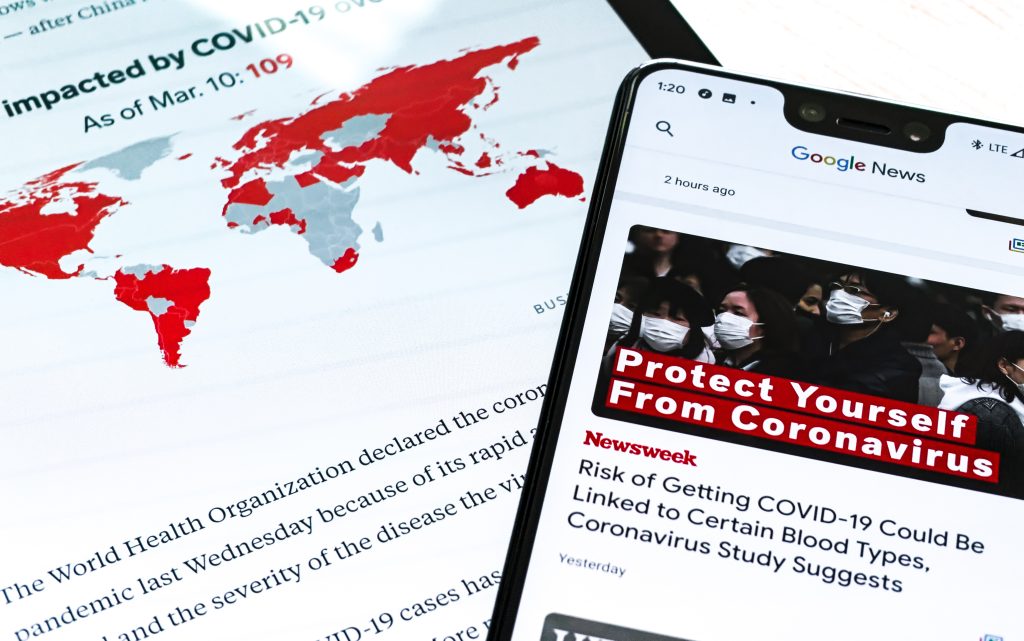 Extracts from the press release of the mpfs (Medienpädagogischer Forschungsverbund Südwest), translated to English 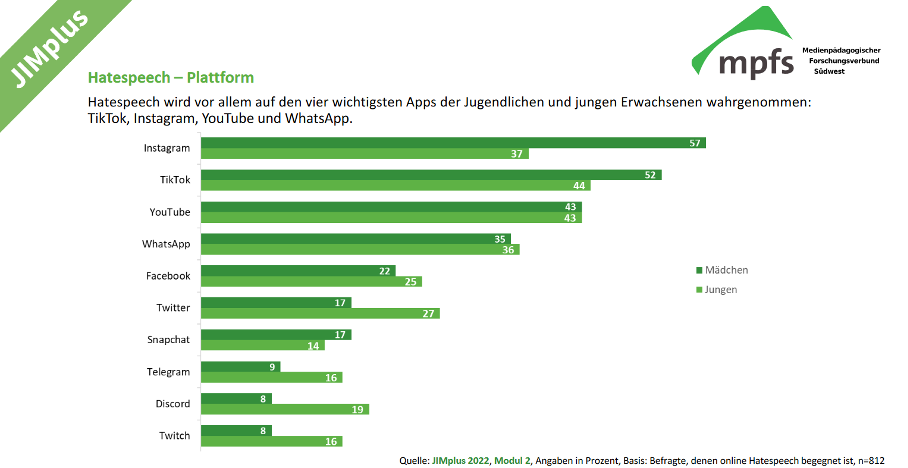 These are the findings of German “JIMplus Fake News and Hatespeech,” a supplementary study to the Youth, Information, Media (JIM) study series, which was published in July. For the study, 36 young people aged 14 to 19 were interviewed in a first, qualitative step using diaries and online focus groups. The focus here was to clarify the understanding of the terms and to query personal experiences. In a second, quantitative step, a representative online survey was conducted with twelve- to 19-year-olds throughout Germany. The aim was to record individual ways of obtaining information and how people perceive and deal with fake news and hate speech on the internet. The results of the study are available in German as a chart report at www.mpfs.de.

Three quarters of young people notice hate speech on the Internet at least rarely. Just under one in five admits to having posted a derogatory or insulting post themselves. Despite its relevance, one quarter of young people have not yet dealt with the topic of hate speech at school. 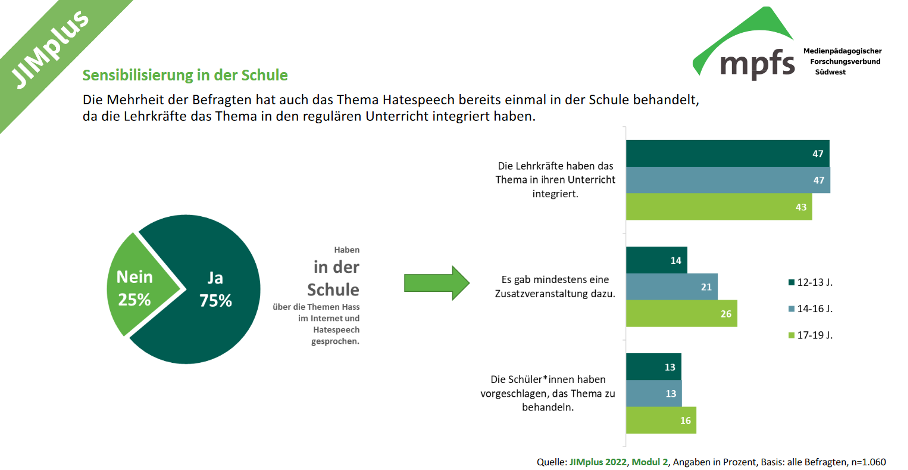 As with fake news, despite the emotions triggered by hate speech, such as anger, sadness, and the motivation to do something, there is a discrepancy between this and the action. Hate speech is often ignored, especially if no one in one’s own circle of friends is affected. In the case of hate speech in a personal environment, young people are most likely to process it with people close to them, block the sender or ignore it. 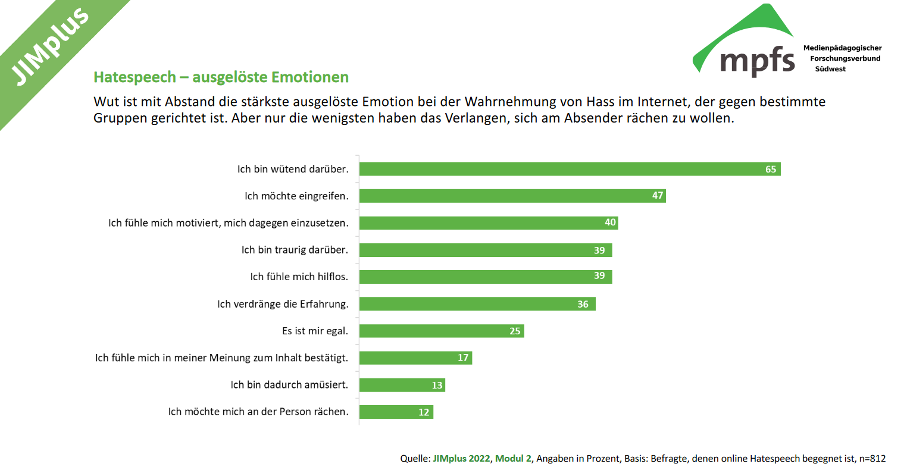 In view of the high relevance of these problems to everyday life, the in-depth study shows on the one hand the importance of dealing competently with problematic content online and promoting media literacy among adolescents and young adults. On the other hand, however, it also shows the responsibility of providers to set up reporting stations and age-appropriate communication platforms and to actively combat fake news and hate speech themselves and curb their spread. 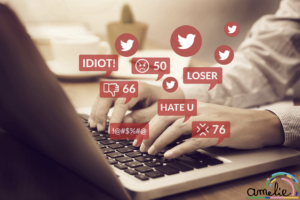 The fine line between freedom of speech and hate speech: Twitter in the “Musk era”

As we all know, Twitter, one of the most influential social media platform, is now owned by billionaire Elon Musk. The reason behind this acquisition 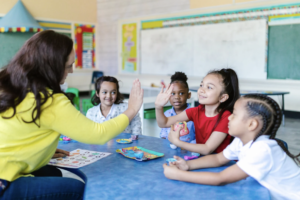 As schools, students and teachers are also the main target group of our AMeLiE project, we want to introduce you to another great European initiative 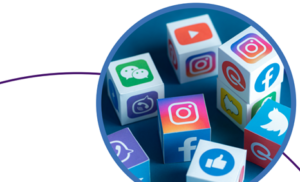 Online hate speech can take many forms and manifest itself in many ways. Over time, certain categories of the population such as Roma people, have